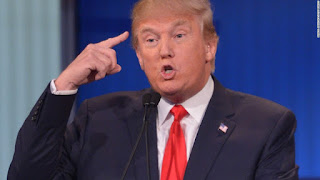 I recently decided that Donald Trump is not the clown I thought he was. He has a brilliant plan to solve the illegal immigration problem and provide needed jobs for the unemployed and recent college graduates.
Here how his (and many other conservatives) plan will save America.

Donald Trump must have thought long and hard about the deportation of 11,000,000 people and how it can give millions of Americans jobs.