What should we really be worried about. 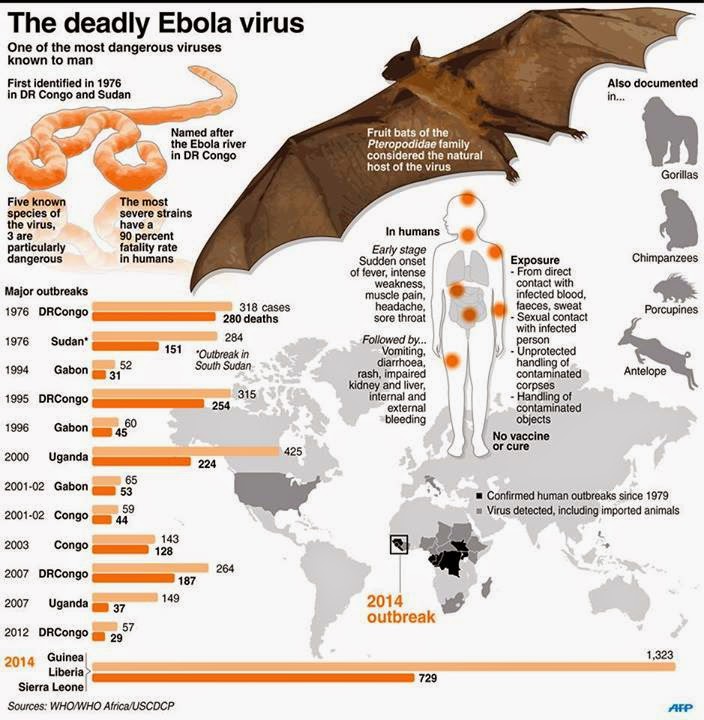 Ebola is a terrible disease and thousands of people have and will die from the virus. Health professions all over the world are and should be worried about the virus spreading and infecting new populations.  So does this mean that we in the USA need to be obsessed with Ebola and call for closing the borders and blaming the President for not doing enough? Well, thanks to quick action by Nigerian and Senegal health officials both of these countries are free of Ebola. And, both countries have much closer contact with Liberia and a less robust health care system then the USA. It seems that a rational person would see Ebola as a remote health threat to the USA mainland and an even more remote threat to themselves.
But, being the flawed humans that we are we see the newest and most novel threat as the greatest. While we are obsessed with Ebola we continue engage in real threats to our health. We eat too much of the wrong foods and exercise too little. We pass laws that make it easier to carry a gun with us anywhere we want.
The Center for Disease Control reports for 2010 death do to:
Could we reduce some of these deaths if we were as obsessed about them as we are about Ebola?